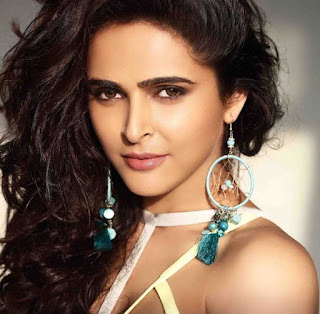 After eviction Madhurima Tuli gives an interview on media and talks about her violence in Bigg Boss house for which she is now out of the show. She justifies herself and also accept her fault or misbehavior, she told that she instigated by her Ex-boyfriend Vishal Aditya Singh most of the time, for this reason, she did that to Vishal.

She also said that Vishal’s behavior with her not exactly right and most of the time she provoked Vishal and they get into fights, which was going to the next level, where she can not control herself and doing something bad thing to Vishal Aditya Singh. She also said that she has to control herself from those types of instigation and provoking, if she had control then she was in the house and playing the game very well.

Madhurima Tuli actually now felt guilty but she knows what is happening just happening, which cannot be a chance anymore. She is looking upset while giving an interview. She also told that Vishal Aditya Singh was trying from the first day to provoking and instigated her to do something wrong and finally he is successes his motive. Actually, this is not fully correct they both were instigated each other, but Madhurima Tuli cannot control her anger and did something which was really bad.

In her interview, she also says sorry to her fans for her misbehavior with Vishal Aditya Singh and clarify her misbehavior and said that which she did actually very wrong she have to be controlling but she instigated very badly by Vishal. And that violence happened for so many reasons which are started in the beginning when entered into the house.

At the last of the interview, she thanked her fans. Actually, it’s very bad news for Madhurima Tuli that she was out of the house like that.