The most popular reality TV show Bigg Boss13 now on top and gets the highest TRP in Bigg Boss history. This season break so many records and create new records, this season is super duper hit show ever, and all credits go to the contestants of this season. They are a complete package of entertainment. 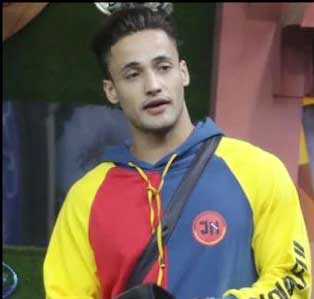 In this season, we saw different new tasks, which are we never saw in earlier seasons. We saw last week where Ex contestant Hina Khan entered the house and did a new task with contestants which name is Elite Club Task, where Hina Khan was chosen Shenaz Gill and Asim Riaz for the competition and select a member for first Elite Club. In that task, Asim Riaz was the winner and became the first member of the Elite Club in Bigg Boss13.


Asim Riaz though won first membership of Elite Club, but he does not use his privileges, he save his power for future nomination. When Bigg Boss asked him that is he wanted to use this power then or later? He replied that no he can not use that time, he wanted to save that power for next the time.

Now we talk about how to lose Asim Riaz his privilege of Elite Club? Actually, in the last episode, we saw that the big fights between Sidharth Sukla and Asim Riaz for Asim’s unfairness of the task, where Asim is the SANCHALAK.In the last episode, Bigg Boss has given a task for DABEDARI of Elite Club membership. In this task Asim Riaz is the Sanchalak, during this task, Asim and Sidharth started to argue and this argument creates big fights between themselves, this fight going to be a very ugly stage, for this reason maybe Asim Riaz loses his privilege of Elite Club.