TheNewsDigit
Home Entertainment Bigg Boss 13 22 January 2020: Who are the contender of Elite... 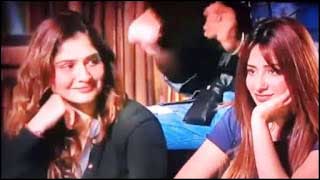 Elite Club was opened in last week, we knew about this task when last week Ex contestant Hina Khan entered into the house and told about the Elite Club. Elite Club’s concept is very new in Bigg Boss’s history. Hina Khan last week explained about this club and its benefits.

We will see in the preview that Hina Khan and other contestants of the house demand some hard things from contenders of the Elite Club, if the contenders are fulfilled all demands then she will be the winner.

Now it’s interesting to see that which demands and who is fulfilling the demands for Elite Club membership. Because all know that the importance of membership of the Elite Club.