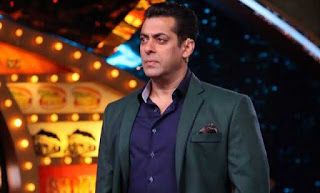 But after some time Salman Khan talks about the famous word in Bigg  Boss13 ever is ”Jealous ”, and also doing a talk about jealousy. Before we saw this heart black task between other contestants but it’s happening between Mahira and Shenaz.Where every one fills the Shenaz heart by giving a reason. So, ultimately Shenaz was proved she is jealous.


After that Shenaz leaving the room and go to the garden area, everyone trying to understand Shenaz but she continued her crazy behavior. Salman Khan his weekend ka vaar with other contestants and warned Sidharth Sukla to stay away from Shenaz Gill because she falls in love with Sukla.


And Salman Khan also said a big statement on Shenaz Gill’s behavior, he said that Shenaz the type of children who very stubborn when they want something and not get after that harm themselves, these types of children are very dangerous. And advise Sukla to be careful and stay out of her.