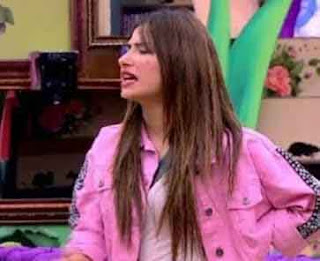 We know that Paras Chhabra and Mahira Sharma’s friendship. It’s a very real and pure friendship. From day1 to date they support each other in any situation. Yesterday we saw that Paras and Mahira discussed their separation after Bigg Boss and they also discussed their special moment in Bigg Boss house, when Mahira feeding to Paras Chhabra by own hand. In this discussion Paras, Chhabra proposed Mahira Sharma to make boyfriend or Husband but Mahira replied shyly she love Paras as a friend but not that kind of love and she was not ready for marriage because she is like a child.

On Sunday episode we saw the promo Salman enter the house and talking about Sidnazz relation. In a promo of tonight episode of Bigg Boss13 Salman Khan was shown lashing out of Shehnaz Gill. In Weekend episode Salman will be back to take the class of the housemate. Salman khan discuss Siddharth and other members talking about Sidnaaz’s relation because last week we saw Shehnaz was very upset with the word “JEALOUS”.Many times we saw Shehnaz broke down and cried, she even tried to hit herself when Siddharth teased her about being jealous of Mahira Sharma. Shehnaz is broke down because she didn’t expect from Siddharth. This made Salman Khan very angry that’s why he bashed her badly.