It’s time to a family week in Bigg Boss13, we saw in the latest episode in Bigg Boss every contestant’s family member has come into Bigg Boss. This family weekend is going on, half contestants family members had come into the house and met everyone, and half come in the next episode. So yesterday episode Shenaz’s father, Mahira Sharma’s mother, Asim Riaz’s brother, Shefali Jariwala’s husband had come into the house, and they were given so much advice to their own contestants and also to other contestants. 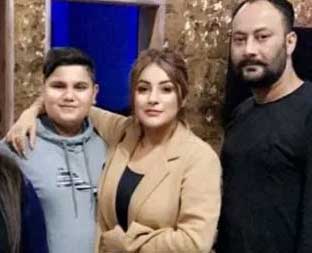 Now, let’s see what is big statements given by Shenaz father about Paras Chapra? When Shenaz father firstly enter into the house and encourage his daughter and after met all to all contestants and hugged Sidharth Sukla and said thank you to him for taking care of his daughter, and later Shenaz take her father into the bedroom in that time he gives his daughter some advice and encourage her.also said that he wants to see winner Shenaz, and told Paras Chapra is the biggest enemy of her in this house, so never talk with him.

At last, he came into the outside where everyone sits, and points out the Paras Chapra and told Mahira also to never listen to Paras Chapra, because he always pumps her. After that Paras quite angry upon these statements of Shenaz father and said he was never supposed to Shenaz to like him. This is the Shenaz father’s period in the Bigg Boss house.