India all-rounder Hardik Pandya surprise to all the fans on New Year’s day as he announced his engagement with girlfriend Natasa Stankovic on his official Instagram post. Hardik Pandya Released many Photos along with proposing Video. 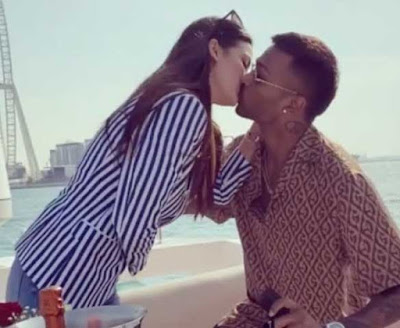 Natasa is a Serbian actress, who is currently based in Mumbai. She was first seen on the big screen in Prakash Jha’s 2013 film Satyagraha and Badsha Music Video DJ Wale babu. She also participated in Bigg Boss Season 8 and took part in Nach Baliye 9.

Many Players from the Indian Cricket Team have Congress them on Engagement along with Indian Captain Virat Kohli.


For Daily News, Latest News see TheNewsDigit. Join our Facebook page for the latest updates on all the news of the country and the world.