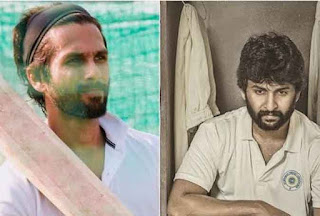 The film “Jersey” is a Hindi remake of a well-hit Telugu movie on Cricket. The team recently began shooting for the film in Chandigarh and Shahid was down with an injury after a ball hit him in the face.

Jersey is an upcoming Indian 2020 Hindi-language sports film directed by Gowtham Tinnanuri and starring Shahid Kapoor, Mrunal Thakur and Pankaj Kapoor in the leading roles. An official remake of the 2019 Telugu film with the same title, also directed by Tinnanuri, It was Shahid Kapoor reunite with father Pankaj Kapur four years.

For Daily News, Latest News see TheNewsDigit. Join our Facebook page for the latest updates on all the news of the country and the world.