In Bigg Boss 13, from the starting of this current week, we saw so many dramas, fights, emotions. Colors’ most popular reality show Bigg Boss13 has been one of the most interesting seasons in Bigg Boss history. Which is filled with a lot of action, drama, and emotions. 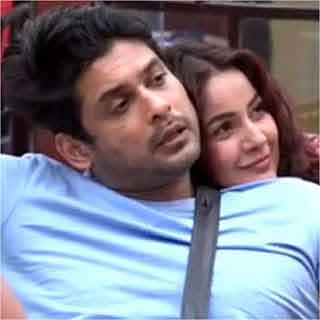 We saw in every season that in Bigg Boss house there are so many relations make and break. But in this season 13, it’s happening so many times, where we saw Sidharth Sukla and Asim Riaz friendship and now we see their fights because they became a big enemies of each other in this house. After some periods we saw a strong bond between Shenaz Gill and Sidharth Sukla, their relationship attract all the public and the public named their relationship as SIDNAZ.

They both share a loving relationship with each other, and all the public are also like their bonding. But after 19 and 20 January episodes, there have been creating some problems between their relationship,actuallySidharth getting upset with Shenaz’s behavior, as we know Sidharth is a practical and logical guy in the house, so sometimes he never tolerates Shenaz’s behavior.

Their problem creates when Shenaz talked about their parent’s behavior on national television and acting like she is don’t care of her parents, when Shenaz Gill in front of everyone talked about her parents and laughed on them, Sidharth at that time trying to understand Shenaz but she did not stop her talking.

From that time Sidharth Sukla keep a distance from Shenaz and in the weekend ka war when Shenaz closed with Gautam Gulati and Kartik Aryaan, we feel Sidharth not so liking that behavior of Shenaz. After weekend ka waar Sidharth totally stops talking with Shenz. When Shenaz is trying to talk with him,he clearly said that he does not like to talk with her and he also doesn’t want to talk. But as we know Shenaz behavior, she continuously trying to talk and asked Sidharth that why he did not want to talk? Then Sidharth replying,” jo appne maa baap ke nhi hote woh kisike nhi hoti”.After hearing this answer Shenaz gets emotional and angry on Sidharth Sukla.

Now we will see what action was taken by Shenaz Gill about Sidharth?For the latest update watch here.