The Indian Premier League (IPL) is a professional Twenty20 Cricket League in India contested during March or April and May of every year by eight teams representing eight different cities in India. The league was founded by the BCCI in 2008 and it became the most-attended cricket league in the world and in 2014 ranked sixth by average attendance among all sports leagues.

The auctions have mostly been held in Bengaluru so far. But for the first time, The IPL 2020 Auction will be in Kolkata on December 19. The West Bengal capital is home to the Kolkata Knight Riders, co-owned by Bollywood star Shah Rukh Khan.
Franchises were allotted Rs 82 crore each for the IPL 2019, Rs 85 crore has been allocated for the 2020 season. Funds left with franchises ahead of IPL 2020 auction
The auction proceedings begin around 3 pm in the evening until the franchises are done with their purchases. 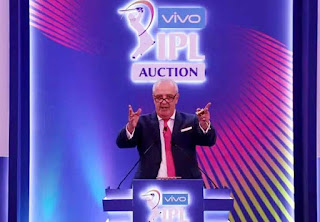 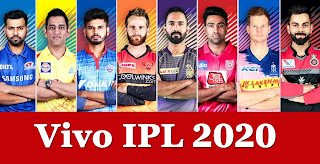 Millions of cricket fans are eagerly waiting for upcoming Indian Premier League Season 13. Total 8 Teams will participate in this IPL T20 Tournament and each team will play 14 matches and Each and every match will be started in either 4.00 pm or 8:00 pm only.
As of now, Vivo IPL 2020 Schedule has not released yet. You can visit the IPL website https://www.iplt20.com/ here for more information.

In IPL if a Team Win’s a match then the team is awarded 2 points. If there is no result of the match then both the teams will be awarded 1 Point each. Each team will be playing the other seven teams in a home and away format and the top 4 teams will qualify for the Playoffs. The Top 2 team will face each other in the first qualifier and the winner will get a direct entry to the final.