The IPL T20 league has been a huge success since it’s starting in 2008. Recently Vivo IPL 2020 Auction has conducted and after that Millions of IPL fans from all around the world are eagerly waiting for the New IPL Season 13 in 2020. The player auction for the IPL 2020 season 13 was conducted in Kolkata on December 19th. Here you can check the Full Squad of All IPL Teams after Auction. 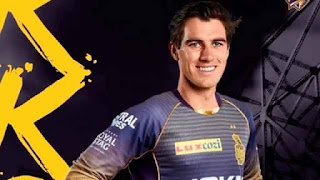 This is the 13th Season of the Indian Premier League (IPL). Australian one of the best bowling all-rounder Pat Cummins is the Most Expensive Players in IPL 2020 Season 13. foreigner player Pat Cummins shattered the cash counter and going for the biggest amount of 15.5 Crore to IPL Team KKR.


List Of The Most Expensive Players In IPL 2020 Season 13

These five (5) players are the most expensive in the 13th season of IPL. The Indian Premier League Auction (IPL) is finished. A total of 62 players were brought by 8 teams combined.140.30 Crore was spent on 62 players including 33 Indians player and Pat Cummins who was going for Rs.15.5 Crore.
On the list of 5 highest player at the IPL Auction, 3 players were Australian. Patrick James Cummins is an Australians International Cricketer who is the co-vice captain of the Australia  National  Team. Pat Cummins is the first bowler and a capable lower-order right-handed batsman.
For Daily News, Latest News see TheNewsDigit. Join our Facebook page for the latest updates on all the news of the country and the world.