TheNewsDigit
Home App WhatsApp Status Advertisements will introduce soon in 2020. Here’s how its work
Worldwide popular internet messenger WhatsApp with over 2 billion active users to chat with friends, family or in Group for free without any interruption of ads unlike Facebook, Instagram or Youtube. 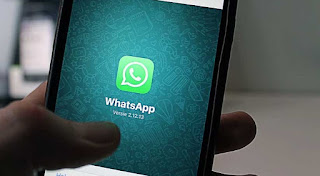 WhatsApp from Facebook, WhatsApp Messenger is a FREE messaging app available for Android and other smartphones. WhatsApp Messanger is one of the most popular messengers worldwide. WhatsApp frequently adds new features, fix bugs and update security. And now it’s time for Status Advertisements.

In the Year of 2019, we heard much news about WhatsApp Status Advertisements but till now it’s not introduced. Facebook was planning to add adverts to WhatsApp’s Status page, but not announce anything officially yet. Recently the company has revealed some details at a conference.

WhatsApp will bring Stories Ads in its status product in 2020. #FMS19 pic.twitter.com/OI3TWMmfKj

The most talked-about feature that the Facebook-owned platform is expected to launch this year is Status Ads. You can see this tweet where Olivier Ponteville mentions that “WhatsApp will bring Stories Ads in its status product in 2020.”

You can visit WhatsApp Blog for Official Update and announcement date.


For Daily News, Latest News see TheNewsDigit. Join our Facebook page for the latest updates on all the news of the country and the world.

Which Of The Following Cannot Be Paid For Using A Credit Card?